As stewards of the greatest message of hope, the church is uniquely positioned to minister to those grappling with thoughts of suicide.

For millions of people across the U.S., and multiples of that number globally, the horror of death seems a better alternative than the slings and arrows of this life. Suicidal thoughts trouble millions of people in the U.S. every year and claim tens of thousands of lives. Suicide is the 12th leading cause of death in the U.S. and, in 2020, was responsible for the loss of 45,979 Americans.

As stewards of the greatest message of hope in history, churches are uniquely positioned to minister to those grappling with thoughts of self-harm. However, leaders can struggle with knowing how to help and may worry their words or approach will only bring more anguish.

As stewards of the greatest message of hope in history, churches are uniquely positioned to minister to those grappling with thoughts of self-harm. — Kathryn Butler Click To Tweet

The following five facts can guide pastors and ministry leaders as they aim to prevent suicide in their own congregations. The goal, first and foremost, is to treat each individual as an image bearer of God, worthy of love. The second, is to guide that individual toward professional help and toward hope in Christ.

A recent Lifeway survey revealed evangelicals are more likely than others to believe suicide is selfish and people who commit suicide automatically go to hell. The reality, however, is that suicide often reflects deep-seated suffering.

Ninety percent of people who die by suicide have an underlying mental health condition, especially depression, bipolar disorder, and substance abuse. Socioeconomic stressors also seem to play a role, with deaths from suicide rising steeply among white, middle-aged Americans since 2000, especially in the rural communities where economic decline has been steepest. While the incidence of suicide didn’t change overall during the COVID-19 pandemic (and some data suggest it decreased from 2018 to 2020), it did increase significantly among those most afflicted, including those of Hispanic and African American descent, as well as essential workers and unpaid caregivers.

Our concern for mercy translates into a need for a compassionate, rather than condemning, response toward those wrestling with thoughts of suicide. — Kathryn Butler Click To Tweet

Such findings reinforce the need to approach suicide prevention as a ministry of loving neighbor (Matthew 22:36-40). For those wrestling with suicidal thoughts, hope seems an unreachable ideal. Our concern for mercy translates into a need for a compassionate, rather than condemning, response toward those wrestling with thoughts of suicide (Micah 6:8).

2. Some groups are at greater risk for suicide

Studies suggest the incidence of suicide increases among individuals who have multiple risk factors combined with poor access to support. Specifically, veterans, people living in rural communities, middle-aged adults, those struggling with gender dysphoria or same-sex attraction, and indigenous populations are often at higher risk for suicide. The reasons for this higher risk are multifactorial and include these populations’ elevated rates of substance abuse, socioeconomic stressors, and mental health challenges, as well as easy access to lethal means. Sufferers of abuse and trauma are also especially vulnerable to death by suicide.

A recent uptick in suicidality among young adults, especially young women, warrants special note. The incidence of suicidal thoughts has markedly increased among young adults over the past decade. The most recent National Youth Risk Behavior Survey revealed 19% of high school students considered taking their own life in 2019. This same study showed more than 1 in 3 students, and nearly half of female students, reported persistent feelings of sadness or hopelessness in 2019. The trend among girls is particularly concerning. The rate of emergency department visits for self-harm among girls in 2019 was double compared to 2001 and increased even further during the COVID-19 pandemic.

Church leaders must cultivate an awareness of those in their congregations who may be struggling. While suicidality is notoriously hard to predict, certain populations are at a higher risk. And certain warning signs can alert leaders to brewing trouble. In particular, the following should prompt a loving conversation:

3. The church has a role to play in suicide prevention

Faith has a protective effect against suicide. Church attendance and religious coping have both been linked to a lower risk of suicide. And yet, research suggests we can do more.

Church attendance and religious coping have both been linked to a lower risk of suicide. And yet, research suggests we can do more. — Kathryn Butler Click To Tweet

In a 2017 Lifeway study, nearly 1 in 3 (32%) churchgoers reported a close friend or family member had died by suicide. And more than 1 in 3 (35%) of those victims attended church. But only 4% said church leaders or members were aware of their struggles. More than half (55%) of respondents said people in their community were more likely to gossip about a death by suicide than help a victim’s family.

Such data suggest potential missed opportunities for the church to support suicide survivors and their families. It also reveals a need for education in church communities from a place of biblical truth and compassion.

4. Asking directly about suicide does not increase risk

Loved ones frequently worry that asking someone about suicidal thoughts will “put the idea” in a sufferer’s head. Multiple studies, however, show this concern is unfounded. In fact, experts agree that directly asking someone if they are considering suicide is the best and safest approach.

Experts agree that directly asking someone if they are considering suicide is the best and safest approach. — Kathryn Butler Click To Tweet

Church leaders concerned about someone’s behavior should have a caring and nonjudgmental conversation in private. They should avoid arguing with a sufferer, minimizing his or her pain, or offering advice, but instead listen and be present. If a conversation elicits suicidal thoughts, it’s crucial to determine the severity of suicidality by asking the following questions:

If someone describes passive thoughts of wanting to die, but denies a plan, means, or actual intent, referral to a licensed professional is appropriate. However, if someone describes active suicidal thoughts, a clear plan, available means, and strong intent, he or she needs immediate hospitalization. If a sufferer asks you to promise to keep their suicidal thoughts a secret, kindly, but firmly, decline—life and safety take priority over confidentiality.

Most people who survive a suicide attempt go on to engage in life. The key is guiding a sufferer toward effective support.

If someone is passively suicidal, without plan, means, or intent, leaders should encourage him to seek treatment and offer to contact a doctor or therapist for him. They should stay involved and follow up regularly to offer support.

If someone is actively suicidal, he or she should not be left alone. Church leaders should call or text the 988 Suicide and Crisis Lifeline to connect to a crisis counselor from the Crisis Text Line, and after speaking with a specialist, escort him to the emergency room.

Kathryn Butler is a trauma surgeon who is board certified in surgical critical care and served on the faculty at Massachusetts General Hospital and Harvard Medical School. After a decade of experience in surgery, she left clinical practice in 2016 to homeschool her children. She is the author of Between Life and Death: A Gospel-Centered Guide to End-of-Life Medical Care. 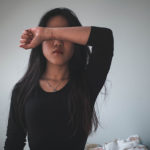 Americans Believe Suicide Is Epidemic, Not Pathway to Hell