Although conversations around faith deconstruction have become common among church leaders, there’s a problem: No one knows exactly what it means.

This has caused confusion among church members and even church hurt among those in the process of figuring out their faith. For those who see deconstruction in their pews, it’s important to engage with those deconstructing their faith in ways that lead to honest conversations. But perhaps it’s best to first consider the topic of faith deconstruction by going to its roots.

“For those who see deconstruction in their pews, it’s important to engage with those deconstructing their faith in ways that lead to honest conversations.” — @LizzyHaseltine Click To Tweet

Originating in the 1960s by French intellectual Jacques Derrida, the term “deconstruction” described a method of scrutinizing Western philosophy.

Derrida used “deconstruction” to convey how words can be confused and contradicted in the nuances of language, meaning text cannot be bound by the author’s intent. He concluded that texts—whether literature, history, philosophy, or any other text—cannot hold any absolute truth or meaning.

Simply put, deconstruction is one’s process of learning how to view the world.

This idea empowered literary critics and rights activists to look for hidden meanings in texts and isolate portions for their own purposes. Derrida and his followers refused to precisely define “deconstruction,” causing it to be continuously misinterpreted—even six decades later.

The actions of faith deconstruction

Since there’s not a “one-size-fits-all” definition for faith deconstruction, there’s not a set way to determine if someone belongs in this ambiguous category. However, when someone says they’re deconstructing their faith, it could mean they are in one of the following three circumstances.

1. They’re completely walking away from their faith

According to Pew Research, over the last three decades, many Americans have left Christianity to become part of the growing group of adults who identify as atheist, agnostic, or “nothing in particular.” This trend is changing religion in the U.S. and creating an unknown future for religion in America.

One Pew Research projection shows what would happen if in each new generation 31% of people raised in Christian homes became religiously unaffiliated by the age of 30. In this scenario, by 2070, only 46% of Americans would identify as Christian, making it no longer a majority.

Although one cannot conclude that a high number of Christians are leaving the faith because of deconstruction, it cannot be completely ruled out as one of the causes.

2. They’re still committed to God but wrestling with the failing or sinful ways of religious institutions

Just because someone is re-evaluating what they believe, doesn’t necessarily mean they’ve quit believing entirely.

According to a Barna study, most American adults (65%) who claim to be Christian (or have in the past) say doubt in God or religion is common. Among practicing Christians, 19% say they experience doubt. But they are among the most likely to push through their unbelief and still have faith (42%).

Of those who currently or previously experienced spiritual doubt, 45% responded by leaving their church or worship gatherings, including practicing Christians (36%) and regular churchgoers (33%).

In the Bible, Jesus told people with little faith, “If you have faith the size of a mustard seed, you will tell this mountain, ‘Move from here to there,’ and it will move. Nothing will be impossible for you” (Matthew 17:20, CSB).

3. They’re experiencing spiritual burnout from constantly being a doer in the church

If someone has been pushing too hard for too long, it’s possible for them to experience a sense of remorse or frustration, with the church or with God, and forget why they’re serving. This can lead to faith deconstruction, even among church leaders. A 2021 Barna study found nearly 2 in 5 pastors (38%) have thought about quitting full-time ministry. Lifeway Research found 63% of pastors say their role is frequently overwhelming.

Someone who says they're “deconstructing their faith” could be abandoning Christianity completely, wrestling with failures of religious institutions or suffering from burnout. Click To Tweet

The road to deconstruction

1. Culture is far from God

Many have been influenced by culture instead of by the church. Just a quick look at politics and the media will reveal how this nation is not considering God’s ways. As the number of Christians in America is shrinking, culture is more and more opposed to God’s design.

2. A crisis or trial turns their faith away from God

A survey by Barna Research revealed nearly 2 in 3 adults (64%) believe truth is always relative to a person and their circumstance. Among teenagers, 83% claim moral truth depends on the situation, and only 6% say moral truth is absolute. In the 2022 State of Theology from Lifeway Research, 60% of Americans say religious belief is a matter of personal opinion; it’s not objective truth.

As a result, people rely on their circumstances to create their worldviews. A tough circumstance or trial may cause someone to fall away from or doubt their belief in God. Peter, an apostle, denied his belief in his friend and Savior three times after Jesus was arrested (Luke 22:54-62).

3. There’s distrust in the church

At times, it can be difficult to not question one’s faith if those in the church seem hypocritical or untrustworthy. As confidence and trust in institutions and leaders decline, Americans increasingly do not trust the church or pastors.

Just 31% of Americans have great confidence in the church or organized religion, according to Gallup. Click To Tweet

While faith deconstruction can be a confusing topic, church leaders need to be aware of and sensitive to those in their pews who may be struggling with their faith.

Before we self-righteously point fingers at someone questioning God, take time to consider what that person may have gone through or be facing and pray for them. When someone is deconstructing their faith, it is not a time to criticize or be skeptical of them but to love them well.

Lizzy is a content writer for non-profit ministries. For the past five years, she has traveled the world to tell stories of how God is moving. 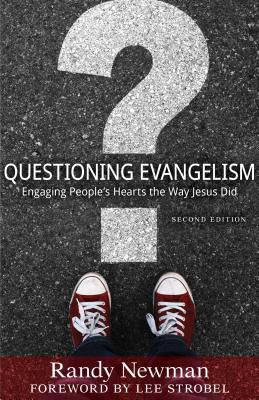 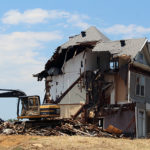 Most Pastors Know of Deconstruction, Fewer See It in Their Pews