As your church gathers to pray this Sunday, there are persecuted Christians around the world who need you to pray.

This Sunday (November 6, 2022) is the International Day of Prayer for Persecuted Christians—a day when thousands of churches across the United States and around the world will take time during their worship services to pray for Christian brothers and sisters around the world persecuted for the name of Christ.

This is a significant day for American churches, but it’s also significant to our persecuted brothers and sisters. They know they are being prayed for. And the knowledge that they are not forgotten—that they are a vital and honored part of the wider family of God—makes a difference.

“International Day of Prayer for Persecuted Christians is a significant day for American churches, but it’s also significant to our persecuted brothers and sisters. They know they are being prayed for.” — @todd_nett Click To Tweet

My coworker at The Voice of the Martyrs (VOM), Petr Jasek, was imprisoned in Sudan for 445 days and forced to share a cell with ISIS supporters. I interviewed Petr just eight days after he was released from prison and returned to his native Czech Republic. And I’ll never forget one thing he told me.

Petr said there were two times each week during his long imprisonment when he knew with absolute certainty that people were praying for him. One of those times was on Sunday mornings (Sudan is just one hour ahead of Prague) when Petr knew his home church was meeting for worship, likely with his wife, Wanda, in their midst.

The other time was in the early evening on Tuesdays (Sudan is eight hours ahead of Oklahoma) when Petr knew that we at VOM were meeting for our weekly staff chapel service.

Petr told me that throughout his 14 months in prison, which included a long trial and a judge’s decision to sentence him to life in prison for “espionage,” he was encouraged every single Sunday and every single Tuesday by the knowledge that people were praying for him in those hours.

Petr told another story about the difference prayer made for him while he was in prison. He said that at 9 p.m. every night, when the lights went out in his cell, he was able to go right to sleep. He wasn’t restless or distracted by the men or noises around him—even when they posed a grave physical danger. Instead, he would just lie down and, almost immediately, fall into a restful sleep.

After Petr returned home, he learned the reason for his slumber. The people in his church had agreed to stop whatever they were doing every night at 8 p.m. They would take that time to pray for Petr. And they did that, every night, the whole time he was in prison. When Petr heard about their nightly prayers, he immediately understood his peaceful sleep. 8 p.m. in Prague is 9 p.m. in Khartoum, the hour the lights went out and he fell comfortably asleep.

Imprisoned for months and forced to share a cell with ISIS supporters, Petr Jasek went to sleep peacefully each night at 9 p.m., only to find out later it was because his home church prayed for him every night at that time. Click To Tweet

Petr’s is one of many stories I’ve heard from persecuted Christians about the importance of our prayers.

I recently heard Gracia Burnham, the missionary and former hostage in the Philippines, speaking to an audience of American Christians. Gracia and her husband, Martin, were kidnapped by the Islamist group Abu Sayyaf. They spent more than a year in the jungle. During that time, they were running from the Filipino military, hunting the terrorists, and enduring numerous firefights. In the final firefight, Martin was shot and killed. Gracia was also shot but survived and was rescued to return home to the couple’s three children.

Gracia thanked all of us who prayed for them during those long months of captivity. “Every time you prayed for us,” she said, “we needed it.”

Pray with people in mind

As your church gathers to pray this Sunday, there are persecuted Christians—brothers and sisters—around the world who need you to pray. People like:

Don’t take lightly the privilege and duty of lifting up the needs of these fellow believers. Your prayers make a vital difference. Our persecuted brothers and sisters in Christ feel and experience your prayers in very real ways. Every time you pray, they need it.

“Don’t take lightly the privilege and duty of lifting up the needs of our persecuted brothers and sisters in Christ. Your prayers make a vital difference.” — @todd_nett Click To Tweet

For downloadable resources to help your church or small group pray, including a short video telling the story of a persecuted Christian widow in Nigeria, visit persecution.com/IDOP.

Todd is host of The Voice of the Martyrs Radio and the author of When Faith is Forbidden: 40 Days on the Frontlines with Persecuted Christians, which was named the Christian Book Award winner in 2022 for Biography and Memoir. In 24 years serving with The Voice of the Martyrs, Todd has conducted face-to-face interviews with hundreds of Christians who have endured persecution for their faith. 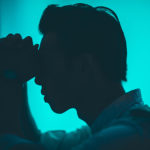 How To Pray When You’re Burned Out