Thanksgiving can be a hidden Christian holiday for strengthening believers in the church and sharing with those outside of it.

Churches invest significant time in services and outreach during Christmas and Easter—for good reason. Most churches see two of their highest-attended events and worship services during the year around those holidays, according to a Lifeway Research study.

Few pastors offered the Sunday after Thanksgiving as a time when the pews are packed with visitors. But this time of year can offer churches unique opportunities.

Despite not showing up for a weekend service, most Americans will spend at least some time this week contemplating God. A 2020 Lifeway Research study found 67% of U.S. adults say they typically give thanks to God at Thanksgiving. Additionally, 56% say being thankful to God for their blessings is the most important part about Thanksgiving, according to a 2015 Lifeway Research study.

“We don’t normally think about Thanksgiving as a ‘Christian holiday.’ But with so many acknowledging the importance of thankfulness to God during this time, we shouldn't miss the opportunity.” — @WardrobeDoor Click To Tweet

We don’t normally think about Thanksgiving as a “Christian holiday.” But with so many acknowledging the importance of thankfulness to God during this time, we shouldn’t miss the opportunity. Thanksgiving serves as a great time to strengthen believers within the church and share with those outside of it.

Everyone needs to be reminded to stop and give thanks, including Christians. As the Christmas season ramps up, many—especially those serving in the church—can get lost in busyness. Thanksgiving can be a time to slow down and prepare hearts for Christmas and simply grow in Christlikeness.

In a 1940 letter, C.S. Lewis talked about how a man going about everyday activities with an attitude of “humility, thankfulness, and temperance is, by Christian standards, in an infinitely higher state than one who is listening to Bach or reading Plato in a state of pride.”

Churches can use this moment when people are primed to think about thankfulness as an opportunity to cultivate that characteristic. Help churchgoers recognize the value of giving thanks to God in every season.

“Churches can use this moment when people are primed to think about thankfulness as an opportunity to cultivate that characteristic.” — @WardrobeDoor Click To Tweet

Paul instructed both the church at Philippi (Philippians 4:6) and Thessalonica (1 Thessalonians 5:18) to give thanks in every situation and in all circumstances. Use this time to remind churchgoers they can thank God during the good times for His obvious blessings. But they should also thank Him during the hard seasons for His faithfulness to work “all things together for the good of those who love God” (Romans 8:28, CSB).

Unsurprisingly, Christians and those who attend church most often are the most likely to say they give thanks to God at Thanksgiving. More than 9 in 10 of those with evangelical beliefs (96%) and Christians who attend church services at least weekly (94%), 83% of Protestants, and 72% of Catholics say they direct their thankfulness toward God during November. But that doesn’t mean they’re the only ones.

Even among the religiously unaffiliated, 1 in 3 (32%) say they typically thank God at Thanksgiving. That’s three times the percentage who say they don’t give thanks at all (10%). The unaffiliated (72%) are the most likely to say they give thanks to their family at Thanksgiving. But that still indicates they recognize the need to be thankful. Those who don’t identify with a faith and those who don’t attend church still have thankfulness on their mind this time of the year.

1 in 3 (32%) religiously unaffiliated Americans say they typically thank God at Thanksgiving—three times the percentage who say they don’t give thanks at all (10%). Click To Tweet

Look for ways you can help non-churchgoers express gratitude and give back. Organize a community thank you card for first responders. Facilitate opportunities to provide meals, clothing, toiletries, or other items for local homeless people. What are needs in your area that you can address? How can you involve the entire community to do so?

Some non-Christians may be wary of attending an event or getting involved with your church during the Christmas and Easter seasons, as they recognize the faith elements of those holidays. But, as Thanksgiving is less overtly Christian, it can be a moment when churches work with those on the outside to serve the community. And, by extension, churches create inroads with those serving and being served.

Thanksgiving can be a time when you foster a heart of gratitude among your congregation and forge new connections with those in your community. Don’t miss the opportunities presented by this hidden Christian holiday. 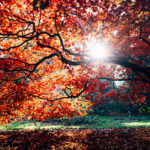 Practicing Giving Thanks as a Church This Thanksgiving