The 2022 State of Giving report evaluates cash giving to churches in 2021 and offers insights into inflation and perspective for 2023.

Despite the fact that many churches have experienced decreased cash giving in 2021, most remain optimistic as they prepare for a new ministry year in 2023.

Although many nonprofit ministries experienced a significant increase in cash giving from 2020 to 2021, many churches have not experienced this same growth, according to the “2022 State of Giving” report from Evangelical Council for Financial Accountability (ECFA).

“Many church leaders are perplexed with today’s giving patterns and are looking for helpful data as they plan for the future,” said Warren Bird, senior vice president of research and equipping at ECFA. “Historically, attendance and giving have moved in tandem, rising or falling together. During the pandemic, however, they didn’t correlate as strongly. Our research affirms that Christians have continued to give generously and that most churches and other Christ-centered nonprofits expect that generous outflow to continue into 2023.”

“Our research affirms that Christians have continued to give generously and that most churches and other Christ-centered nonprofits expect that generous outflow to continue into 2023.” — @warrenbird of @ecfa Click To Tweet

This report evaluated CPA-prepared financial statements from more than 1,800 ECFA members, including churches and nonprofits. Considering the patterns and trends revealed in this research equips churches with tools for leadership discussions, benchmarking, and financial planning. Not only does the study look back to evaluate cash giving in 2021, but it also looks forward to offer insights into the impact of inflation and levels of optimism for 2023.

Adjusting for inflation, churches experienced a 6.6% decrease in cash giving, their primary source of income, according to an @ecfa report. Click To Tweet

Although cash giving to churches appeared to be higher in 2021 than 2020 based on raw dollar amounts, it did not keep up with inflation. As a result, most churches saw decreases once numbers were adjusted for inflation. This year, churches experienced a significant decrease in cash giving (6.6%), with a 3.0% annualized decrease over the past three years. Church plants, however, are a different story. In 2021, they saw a 12.2% increase in cash giving, contributing to a 15.8% annualized increase over the past three years.

What factors impacted cash giving in 2021?

Past struggles and future outlook

Looking ahead in anticipation of 2023, the ECFA report shows that overall, 48% of organizations say year-to-date donations are currently higher than they were in the same period last year. And churches aren’t far behind, with 45% saying 2022 giving to date is higher than 2021. Another 13% say it’s the same, and 42% say it’s lower.

Two of the most significant differences between responses from churches and ministries comes in the area of finding personnel and givers. More than twice as many churches (78%) as ministries (38%) said they struggled to find enough volunteers in 2022. This is consistent with the number of pastors who said developing leaders and volunteers was a top priority for them this year, according to Lifeway Research’s Greatest Needs of Pastors study. Additionally, more than 2 in 5 churches (42%) said they struggled to retain existing givers in 2022. Only 27% of other ministries said the same.

78% of churches said they struggled to find enough volunteers in 2022, according to an @ecfa report. Click To Tweet

“I encourage leaders to help people connect the dots between their giving and God’s unfolding story through the church every week,” said Michael Martin, president and CEO of ECFA. “Help people find personal financial freedom through applying principles from God’s Word. Most of all, lead with financial integrity and appropriate financial transparency. If ECFA has learned anything over our 43 years, it’s the importance of trust as foundational for generous, loyal giving.”

One question churches may be asking is whether people are giving to nonprofits instead of to the church. According to another Lifeway Research study, fewer than half of churchgoers (46%) said only giving to the church counts for tithing. While 98% of churchgoers said money from tithes can go to their church, nearly half (48%) said tithing funds can go to a Christian ministry.

“Based on Jesus’s words that ‘where your treasure is, there your heart will be also,’ (Matthew 6:21, CSB) we can speculate that the known drop in in-person church attendance corresponds with the drop in giving to churches,” Bird said.

More than 3 in 4 ECPA members (78%) observed an increase in needs in 2022. And 71% said they attribute a portion of that increase to inflation. And Lifeway Research found pastors also see this specifically in their churches, with 52% saying the current economy is having a negative impact on their churches, 40% saying it’s having no effect, and 7% saying it’s a positive factor.

Most churches (53%) are optimistic about giving levels next year. Another 27% are uncertain, and 16% are pessimistic, according to an @ecfa report. Click To Tweet

Despite the continued challenges of 2022, churches are still generally optimistic as they look toward 2023. The majority of churches (53%) say they’re optimistic about total cash giving in 2023. Another 27% are uncertain, and 16% are pessimistic. For many, levels of optimism are directly impacted by recent growth or decline in cash giving. Whereas ministries that grew in overall revenue over the past three years were strongly optimistic, those that declined in overall revenue during the same period were much more pessimistic. Cash reserves were also an important buffer this year. Overall, 43% of ministries and churches said they did not touch their cash reserves in 2022. When examining churches specifically, even more (48%) say they avoided dipping into their reserves. 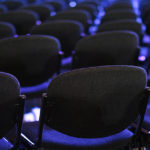