Nearly 2 in 5 Americans, including half of U.S. Christians and a quarter of the religiously unaffiliated, say we’re living in the end times.

The person standing at the street corner holding a sign that says, “The end is near,” may find more people would agree than they expect.

Close to 2 in 5 Americans (39%) agree “we are living in the end times,” according to Pew Research. The study further divides the end-times believers into two groups: those who believe Jesus will return to Earth someday and the world situation will worsen until then (14% of Americans) and everyone else who believes these are the end times (25%).

Certain groups are more likely to hold to end-times beliefs, but they stretch across religious perspectives and commitment levels.

Christians split between those who don’t believe this is the end times (49%) and those who do (47%), including 20% who believe Jesus will return after global circumstances worsen.

Christians are split between those who don’t believe this is the end times (49%) and those who do (47%), including 20% who believe Jesus will return after global circumstances worsen, according to @pewresearch. Click To Tweet

Postmillennialism asserts the world will gradually improve and the 1,000 years happens prior to Jesus’ physical return. Amillennialism believes the reign is figurative and is already happening as Christ rules in the hearts of believers. Premillennialism says the return of Christ will usher in the 1,000-year reign and is often connected with circumstances in the world worsening until His second coming. Because of this, Pew Research classified anyone as a premillennial if they say Jesus will return to Earth someday and the world situation will worsen until then.

Among Christians, Black Protestants (76%) and evangelicals (63%) are most likely to believe these are the end times, according to @pewresearch. Click To Tweet

See also  Video: Why Is It so Hard for Churches to Adapt?

While Americans of other religions and the religiously unaffiliated are less likely than Christians to hold end-times beliefs, more than 1 in 5 of each group agree. Three in 10 from other religions (29%) believe the end is near, including 4% who assert a premillennial, Christian view of Jesus’ return. Almost 1 in 4 religiously unaffiliated (23%) say these are the end times, including 4% who believe Jesus will come back to Earth as things continue to worsen.

Still, the higher the religious commitment, the more likely one is to believe these are the end times and Jesus will return. Two in 3 Americans (67%) with high religious commitment—those who attend religious services at least weekly, say religion is very important to their lives, and pray daily—believe these are the last days, including 37% who ascribe to premillennial views. Meanwhile, only 16% of those who seldom or never attend religious services, say religion is not too important or not at all important in their lives, and seldom or never pray believe we are living in the end times, with 1% saying Jesus will return after the world worsens.

A 2020 Lifeway Research study of pastors at evangelical and historically Black Protestant churches found 9 in 10 see at least some current events matching those Jesus said would occur shortly before He returns to Earth.

9 in 10 pastors see at least some current events matching those Jesus said would occur shortly before He returns to Earth, according to @LifewayResearch. Click To Tweet

Most Protestant pastors don’t believe humans can speed up the return of Christ. A 2019 Lifeway Research study found 12% say supporting geo-political changes mentioned in the Bible could bring about Jesus’ return faster, while 41% say Christians could speed up the second coming by helping to share the gospel with all people groups.

Regardless of when they believe the second coming will take place, 68% of Protestant pastors say culture will increasingly get less moral until Jesus returns. 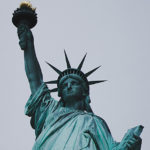