Pastors should use Christmas as an opportunity to communicate and explain truths about the Trinity and Jesus’ birth and divine nature.

Christmas celebrates Jesus’ birth, but most Americans, including many in your church, may be confused about what exactly that means.

More than half of Americans (55%) believe Jesus is the first and greatest being created by God, according to the 2022 State of Theology study. This belief reflects an early church heresy, which, appropriately enough for the season, Saint Nicholas confronted.

In the early church, Arius began teaching that Jesus, as God the Son, had a beginning, unlike God the Father. The First Council of Nicea condemned the teaching, which became known as Arianism, as heresy in A.D. 325. Later councils would continue to debate the position before, finally, the orthodox position of the Trinity rooted out Arianism. But this belief is not confined to church history. It’s also in our church pews.

Among Americans who attend church at least weekly, 70% believe Jesus is the first and greatest being created by God. Ironically, only those who never attend church are more likely to disagree than agree (49% to 28%), though they probably have a different reason.

Among Americans who attend church at least weekly, 70% believe Jesus is the first and greatest being created by God. Click To Tweet

Almost 3 in 4 Americans who hold four key evangelical theological beliefs (73%) believe Jesus is the first and greatest being created by God, while those without such beliefs are less likely to agree (51%).

Beliefs about the Trinity

Despite this, the State of Theology also found 71% of Americans and 97% of Evangelicals believe there is one true God in three persons: God the Father, God the Son, and God the Holy Spirit.

Additionally, when specifically asked in a 2021 Lifeway Research study about an existence prior to Bethlehem, 41% of all Americans said they believe the Son of God existed before Jesus' birth in Bethlehem.

For this question, evangelical theology and increased church attendance made people more likely to agree. Self-identified Christians who attend church less than once a month are less likely to believe the Son of God existed prior to Jesus’ birth (33%) than those who attend one to three times a month (54%) or those who attend at least weekly (63%). Americans with evangelical beliefs are almost twice as likely as those without to agree (65% v. 34%) that the Son of God existed before Jesus was born.

Yet a sizable portion of people, who believe many right things about Jesus and attend church even weekly, hold seemingly heretical views.

What does this mean?

This is not an instance of people radically changing their views from 2021 to 2022. Since 2016, evangelicals by belief have been more likely than the average American to say they believe Jesus is the first and greatest being created by God.

When surveyed, most Christians hold inherently contradictory beliefs about Jesus, the Holy Spirit, and the Trinity. But this issue is not limited merely to academic research. This has real-world implications for churchgoers. They know the answers to the doctrinal test, which is why they almost unanimously agree that God exists in Trinity. But they aren’t sure how to apply the doctrine. This leads to confusion about Jesus’ existence prior to Bethlehem or about His creation.

“Most Christians hold inherently contradictory beliefs about Jesus, the Holy Spirit, and the Trinity. This has real-world implications for churchgoers.” — @WardrobeDoor Click To Tweet

“I think it’s fair to say pastors are not intentionally training people on the Trinity—perhaps the most difficult yet important doctrine of the faith,” said Brandon Smith, theology professor at Cedarville University. “Thus, people know they should affirm it but have no clue how to articulate it or even recognize it in their Bibles.”

Pastors must help people understand topics like the Trinity, said Smith, author of The Trinity in the Book of Revelation. “Many Christians want to understand their Bibles better, and most of them trust their pastors to help them do that. We insult our church members when we think they can’t handle or aren’t interested in thinking more deeply about Scripture and the theology therein.”

Understanding nuanced, biblical theology matters in these discussions. The disagreement between Arian and the other church fathers like Athanasius centered around one Greek letter. Arius argued that Jesus and God the Father are ὁμοιούσιος or homoiousios, meaning “of similar substance.” But Athanasius contended all members of the Godhead are ὁμοούσιος or homoousios, meaning “of the same substance.”

“Without a deeper understanding of the Trinity, a churchgoer may not be able to identify where groups like Jehovah’s Witnesses and Latter Day Saints break away from historic Christian doctrine.” — @WardrobeDoor Click To Tweet

But aberrant beliefs about the Trinity are not contained to Arian and church history. Language used by modern groups like Jehovah’s Witnesses and Latter Day Saints often sounds like orthodox Christianity on the surface. Without a deeper understanding of the Trinity, a churchgoer may not be able to identify where those groups break away from historic doctrine.

Pastors can use sermons and teaching around Christmas as opportunities to communicate and explain deep, biblical truths about the Trinity. Point out how we celebrate “Advent,” which means "an arrival." Jesus came to Earth as a baby in Bethlehem. He did not begin to exist at that time. Help churchgoers know that truth and why it matters. 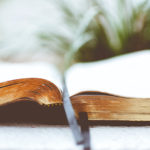