Research reveals a number of things in church and culture that are at a tipping point. What if these numbers shift—even just a little bit?

Research reveals a number of things in today’s church and culture that appear to be at a tipping point. What are these shifts and how can churches navigate these changes?

American attitudes toward the Bible

Americans are almost evenly split on their attitude toward the Bible. 51% of Americans agree the Bible is 100% accurate in all that it teaches. However, 53% consider the Bible fiction agreeing that the Bible like all sacred writings contains helpful accounts of ancient myths but is not literally true. Agreement with both of these statements has grown since 2014 when 43% agreed the Bible is 100% accurate and 41% said it is not literally true.

So, which direction is the trend moving? The trend is moving toward almost all Americans having an opinion about the Bible rather than some staying on the sidelines. The fact that a majority now consider the Bible fiction rather than just saying they don’t know represents a cultural shift where it is increasingly acceptable to oppose the Bible. The Northeast (60%) and West (57%) have passed this tipping point and the Midwest (50%) and South (49%) have reached it.

“The fact that a majority now consider the Bible fiction represents a cultural shift where it is increasingly acceptable to oppose the Bible.” — @smcconn Click To Tweet

Why does this matter? The word of God is no less powerful today than when the writer of Hebrews described it as “living and effective and sharper than any double-edged sword.” (Heb 4:12 CSB) But the verse goes on to say that the word of God “is able to judge the thoughts and intentions of the heart.”

We need to be careful in conversations with those who are not yet believers that we don’t assume they accept the Bible’s content as true. We still will use the word of God when sharing with them because it is God’s clearest revelation of Himself to us, but we will often need to explain why we are quoting the Bible. Appealing to the opportunity to know God and have a relationship with Him establishes a more understanding tone.

“Are we going to make it?” thinking

There is something psychological that occurs when an event doesn’t fill the venue where it is held. Instead of noticing all the people who are present, your attention is drawn to the empty space or seats. Instead of there being positive energy around what is happening, there is a feeling that this is not important or significant.

This occurs in sporting events, concerts, speeches, award ceremonies, and other events. It also occurs among those who attend church. The 2020 Faith Communities Today study revealed that the median seating capacity of American churches is 200 persons, nearly three times the median weekly attendance. Those seats were added during periods of growth to ensure guests could easily slip in and find a place without it being awkward. Now the emptiness is creating a different awkwardness. Half of all congregations have no more than 38% of their seating capacity occupied during weekend services. During this survey period churches were feeling the impact of COVID. Among many churches, attendance didn’t bottom out until 2021.

“Half of all congregations have no more than 38% of their seating capacity occupied during weekend services.” — @smcconn Click To Tweet

Why does this matter? This has stewardship implications since maintaining a larger space than you need is expensive, but more importantly this impacts the culture and positivity of a congregation. Initially when people were missing after COVID, worshippers asked, “Where is everybody?” For churches that are still worshiping in empty worship centers, the question attendees will be asking is, “Are we going to make it?” While presence may not be the best indicator of a person’s faith, that crowd gives people encouragement of what the local church believes, represents, and is doing together. Empty rooms lead to discouragement that must be addressed with clear vision and genuine encouragement in other forms.

Support for women with unwanted pregnancies

Many states now have even fewer restrictions on abortion, and it will be even easier for them to provide abortions by surgery or by medication. Add to this the influx of women from states with restrictions and the number of abortions is expected to rise in these states. Other states have outlawed abortion or implemented restrictions on when they are allowed.

Why does this matter? Churches that are in states with new abortion restrictions may think their work is done. But the new tipping point is the potential for many women who are not ready or able to care for a child having to carry that child to term. When posed with this prospect in a survey prior to the reversal of Roe v. Wade, 74% of Americans agreed, including 44% who strongly agreed, that churches and religious organizations in that state have a responsibility to increase support/options for women who have unwanted pregnancies.

“Solving one moral dilemma will likely create a new ethical responsibility for churches to help women with unwanted pregnancies.” — @smcconn Click To Tweet

Solving one moral dilemma will likely create a new ethical responsibility for churches to help these women. Thankfully churches don’t have to invent this ministry of care. They can partner with local pregnancy resource centers across the country to meet this emerging need. Many churches have weekday childcare ministries that can also be repurposed to help women with one of the most expensive aspects of keeping a child.

The unpopularity of biblical sexuality

Slightly more Americans agree with the statement “sex outside of traditional marriage is sin” than did in 2016 (53% v 49%). But the most recent State of Theology study shows two other opinions are moving further from a biblical perspective. Forty-six percent of Americans agree the Bible’s condemnation of homosexual activity doesn’t apply today compared to 42% in 2016. While still less than half, 42% agree gender identity is a matter of choice—up from 38% on the previous three surveys. Essentially views for and against aspects of biblical sexuality hover around half of Americans.

“Churches that take the time to explain from Scripture God's design will be more likely to be heard than those who simply shout what they are against.” — @smcconn Click To Tweet

Why does this matter? Some communities with a majority opposing biblical views of sexuality may pass a tipping point and seek to treat such views as hate speech. There is a big difference between opinions being culturally unpopular and people seeking to not allow you to hold or publicly advocate for those opinions. Thankfully, the United States has protection for religious freedom, but increasingly this debate will likely be contentious. Churches that take the time to explain from Scripture God’s design will be more likely to be heard than those who simply shout what they are against. 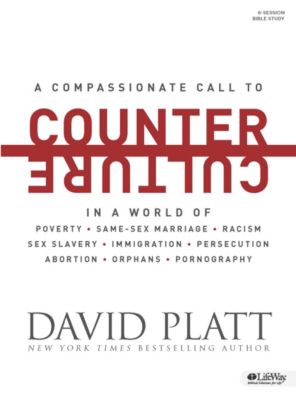