Everyone’s going to die, but no one wants to talk about it. Living well as Christians requires that we rediscover the art of dying well.

Everyone’s going to die, but no one wants to talk about it. Even Christians, of all people, would rather not discuss death and dying. But this isn’t the way it should be, and it’s not the way it’s always been.

For many generations, men, women, and children died at home. Their bodies were prepared at home, usually in their own bed. Their family, friends, and neighbors would mourn for them in a wake at home before their bodies were accompanied to the church for a memorial service and then to the cemetery for a graveside committal. Death was as much a part of the Christian life as birth. Most churches even had cemeteries adjacent to the church where people would lay their loved ones to rest. And “homecoming” was typically a Sunday for remembering those who died that year.

Historically, death often overshadowed the miracle of birth. Beginning around 1348, a series of plagues in Europe filled the air with cries of anguish and the stench of death. In one year, the Black Death killed more than a quarter of Europe’s population. Several waves of death followed, including the Great Plague in London in 1666 when nearly 70,000 died. The situation was so bleak no one was left unscathed. Husbands, wives, and children died. Rich and poor, nobleman and pauper, priest and farmer were all vulnerable.

Allen Verhey, the late professor of theological ethics at Duke Divinity School, described the atmosphere in 15th-century Europe in his book The Christian Art of Dying: Learning from Jesus saying: “Fear of contagion and death prompted parents to abandon their children, children to flee from their dying parents, spouses to leave their husbands or wives alone to die. Magistrates and merchants fled the cities for healthier regions. Physicians fled, and so did clergy.”

The art of dying

Against the ghastly backdrop of the plagues, rather than retreating, some Christians pressed into the darkness to care for the dying. By the 15th century, Christians saw the need to put together an illustrated handbook, called in Latin the Ars Morendi (the art of dying), to help people prepare for death with faith, hope, humility, and the relinquishment of earthly goods—in the hope of the resurrection, rather than in fear and trepidation.

The Ars Moriendi is a reminder that, in the past, churches have helped their members forthrightly face death and the process of dying. It’s also a call to pastors and church leaders to do a better job of teaching on death and dying in the regular preaching, teaching, and discipleship ministries of the church.

“In the past, churches have helped their members forthrightly face death and the process of dying.” — C. Ben Mitchell Click To Tweet

After all, for most people, death is not a sudden event. Even when it is, it’s not as though we can’t anticipate it. We are all born into the world with a death sentence. The writer of the wisdom of Ecclesiastes tells us there is “a time to give birth and a time to die” (Ecclesiastes 3:2, CSB) and Hebrews reminds us “it is appointed for people to die once—and after this, judgment” (Hebrews 9:27, CSB). Since this is true, we should all prepare not only for death but for whatever the dying process may look like for us.

We are a culture of death deniers. Our euphemisms for death are revealing. People aren’t dying, they are “on their last legs,” “down for the long count,” or “not long for this world.” They don’t die, they “pass,” “kick the bucket,” or like guests at a party, just “leave us.” We laugh at Woody Allen’s well-worn aphorism, “It’s not that I’m afraid to die. I just don’t want to be there when it happens.” But not only do we not want to be there, we don’t even want to talk about it.

If we do talk about it, most people are likely to say they want to die in a quick flash, instantaneously, painlessly, and with no warning. That’s completely understandable, but on reflection, most of us would probably rather have time to get our legal affairs in order, say goodbye to loved ones, make amends with family members, and then depart in peace.

The medicalization of dying

To make matters worse, we have outsourced death and dying to the medical community. Despite the fact most people say they would rather die at home in familiar surroundings with their family members, few do. In some cases, there are important reasons for being in the hospital so that appropriate palliative care can be administered. But as our long experience with home hospice has taught us, with the right support, people can die comfortably at home.

According to a major survey of seriously ill patients, recently bereaved family members, physicians, nurses, chaplains, and others, what patients want as they approach the end of life is fairly clear. They report they want freedom from pain, to be at peace with God, to have family present, to be mentally aware, to have their treatment choices followed, to have their finances in order, to feel life was meaningful, to resolve conflicts, and to die at home. We can help them do that if we are trained in the art of dying.

The sanctity of death and dying

Those who, as it were, stand between earth and the afterlife with those who are dying are standing on holy ground. Just as there are midwives in the birthing process, there are midwives in the dying process. Pastors, church leaders, family members, and other Christians who care for the dying inhabit that special vocation. How can you help equip your church members to prepare for dying and care for those who are dying?

“Those who, as it were, stand between earth and the afterlife with those who are dying are standing on holy ground.” — C. Ben Mitchell Click To Tweet

1. Teach classes on death and dying

Everyone in the congregation is going to face these issues and deal with the realities of death and dying. It’s part of the equipping ministry of the church to help church members understand what the Scriptures teach about death and dying and help them prepare their hearts and lives to care for dying loved ones and to realistically face their own mortality—not morbidly, but in the hope of the resurrection. A good place to begin is Departing in Peace: Biblical Decision-Making at the End of Life by Bill Davis, a Christian college professor. Another helpful volume is The Lost Art of Dying: Reviving Forgotten Wisdom, by Lydia Dugdale, MD. There are often physicians, nurses, hospice chaplains, and others who are well-prepared to teach these classes if we but think to ask them.

2. Encourage church members to have “the talk”

Faith, hope, and love require that we discuss what we fear, what we want, and what we don’t want at the end of life. Denial is not the way to face the reality of death. Discussing these things is important to us and it’s an important gift to our loved ones who will have some part in our care either before or after we die.

3. Help church members identify individuals and resources in the community to assist them and their loved ones with preparing for death

This would include Christian medical professionals who treat dying patients, such as palliative and hospice care physicians and nurses. Additionally, encourage church members to seek legal advice on developing a last will and testament, advance directives, funeral arrangements, and other documents that will help their loved ones know what they want when they die.

4. Visit, communicate, and be present with those who are dying

Because we are so uncomfortable with the subject of death and dying, those who are near the end of life often feel abandoned by friends and family members. They seemed to be around during the good times, but as life is coming to an end, they’re not present.

5. Never allow anyone to “discontinue care.”

Sometimes medical terminology can miscommunicate. There may come a time when it’s appropriate to discontinue “medical interventions” or “treatments,” but there is never a time to discontinue care. In fact, when decisions are made to pull back on technology, it’s important to increase the amount of care individuals receive at the end of life. If medicine has done all it can do, we can still pray, read scripture, sing hymns, and be present with those who are dying.

“At the heart of Christian worship are profound reminders of death and dying: a cross, a communion table, and a baptistry.” — C. Ben Mitchell Click To Tweet

At the heart of Christian worship are profound reminders of death and dying: a cross, a communion table, and a baptistry. Each tells the story of death and resurrection. Living well as Christians requires that we help one another rediscover the art of dying well.

Ben is a research fellow of the Ethics & Religious Liberty Commission and a member of the Ethics Commission of the Christian Medical & Dental Associations. He is also co-editor with Jason Thacker of the B&H Academic book series, Essentials in Christian Ethics. 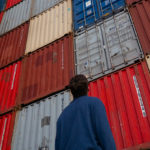 Do Pastors Care Too Much?