While nine in 10 Americans will celebrate Christmas this year, a growing number will do so apart from the religious aspects.

Two recent surveys found that people are starting to view the holiday more as a cultural celebration, than a religious one.

How do Americans celebrate Christmas? Pew Research found that 51 percent still celebrate Christmas as a religious occasion, with 32 percent saying December 25 is a cultural holiday for them.

However, the religious connotations decrease for younger Americans and, as a whole, people report participating in religious-themed activities less now than they did as a child.

At least 50 percent of adults in all age brackets, except those 18-29, say they celebrate Christmas as a religious holiday and plan to attend a Christmas service at church. Only 39 percent of young adults view Christmas as religious.

Americans now prefer that stores use neutral greetings like “Happy Holidays” instead of “Merry Christmas.”

Just under half (49 percent) agree that stores should use the more secular phrases out of respect of people of different faiths, while 43 percent disagreed. The Public Religion Research Institute found that this is a virtual flip of the numbers from 2010 when 44 percent said businesses should greet their customers with “Seasons Greetings” and 49 percent disagreed.

Nearly six in 10 will attend a religious service, while only 36 percent will read the Christmas story from the Bible.

What do Americans believe about Christmas? Pew found that roughly three quarters of adults (73 percent) believe that Jesus was born of a virgin. Less than one in five (19 percent) disagree.
Those most likely to believe in the virgin birth were white evangelical Protestants (97 percent), black Protestants (94 percent) and white Catholics (88 percent).

White mainline Protestants were the least likely religious group to accept the biblical account (70 percent), while only 32 percent of the religiously unaffiliated expressed belief in Jesus being born of a virgin.

Nearly half (49 percent) of Americans told PRRI that they believe the entire story of Christmas is historically accurate.
While four in 10 say the virgin birth, angelic proclamations, star of Bethlehem and visit from the wise men are merely part of a theological story to affirm faith in Jesus.

Younger adults are less likely to believe the scriptural story and belief has dropped 18 percentage points in the last decade.

In 2004, 67 percent of Americans said the story was historically accurate, with less than a quarter saying it was a theological story.

What can churches do during Christmas? 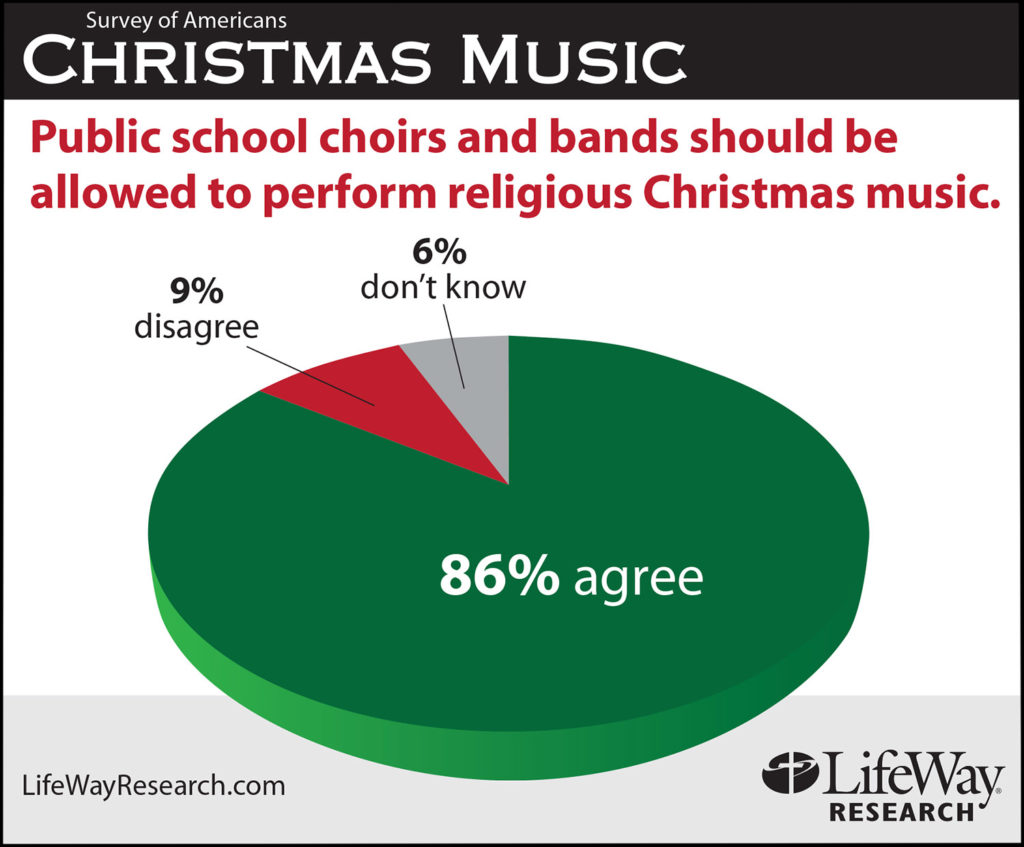 Regardless of the seeming shift, Americans are open to religious conversations and church attendance during the Christmas season.

According to Lifeway Research, almost 90 percent of Americans believe that public schools should be able to perform religious-themed Christmas music.

Pew and PRRI both found that over 50 percent of the public planned on attending a Christmas service at church.

On a normal week, according to Pew, only 36 percent attend religious services.

This is consistent with a previous Lifeway Research study that found the unchurched are more likely to consider matters of faith this time of year.

What does your church have planned to capitalize on the additional openness during Christmas?