By Nathan A. Finn
So it is with the resurrection of the dead: Sown in corruption, raised in incorruption; sown in dishonor, raised in glory; sown in weakness, raised in power; sown a natural body, raised a spiritual body. (1 Cor. 15:42–44, HCSB)
For the Lord Himself will descend from heaven with a shout, with the archangel’s voice, and with the trumpet of God, and the dead in Christ will rise first. (1 Thess. 4:16, HCSB) I was very interested to read the recent report from Lifeway Research concerning the changing attitudes of Americans toward cremation. The research showed that 41 percent of Americans plan to be cremated. The number of people who were cremated in 2012 was up 20 percent from 1996.
I’m not surprised that a growing number are opting for cremation instead of burial, including many followers of Jesus Christ. Cremation is less expensive than burial and many folks are attracted to the idea of their ashes being scattered in some place that is meaningful to them.
Despite the trend, I remain uncomfortable with cremation as an option for Christians. However, I believe there is a difference between uncomfortable and opposed. I do not believe it is sinful to cremate the remains of a dead believer. There is no biblical command forbidding the practice, so for me to forbid it would be going beyond the commands of Scripture.
Also, I want to say with utter clarity that whether or not one is cremated versus buried has absolutely no bearing whatsoever on the final resurrection of the dead. God is sovereign, so I am quite confident He is capable of raising our dead bodies regardless of whether they were buried in a casket, cremated and scattered on the ninth hole at the golf course, vaporized in a gas explosion, eaten by sharks in the Pacific Ocean, mummified during a volcanic eruption, or cryogenically frozen by a mad scientist.
For me, this discussion is not about right or wrong, but rather about how consistently and intentionally we testify to our convictions. Christians have historically buried their dead, when possible, because of our belief concerning the final resurrection of the dead. As image-bearers of God, we treat dead bodies with care and dignity because we understand that our bodies are just as much a part of who we are as our souls. We also understand that at the end of the age our bodies and souls, which have been traumatically severed by the death-curse of sin, will be reunited in a new earth over which the Lord will reign for all eternity. Christian burial says, with clarity, “this body matters to God and it has a future in God’s plan.”
While cremation does not affect the final resurrection, I am not convinced the practice communicates our hope in the final resurrection with the same degree of clarity as burial. Incinerating a body at least potentially communicates that the body is less important than the soul. All Christians should affirm 2 Corinthians 5:8—when we die our souls will be absent from the body and present with the Lord—but we should be careful not to communicate the idea that the only “real” you is the invisible part. While many Christians use this sort of language about the relationship between the body and soul—we have all heard it from well-meaning friends and family at funerals—this attitude is closer to the ancient heresy of Gnosticism.
The Gnostics believed the spiritual is good and the physical is tainted. Based upon this presupposition, they privileged the soul over the body. Orthodox Christianity, however, has always believed that matter matters—especially the human body. We were created as ensouled bodies and enfleshed souls. This was God’s original plan for humanity, and it is His future plan for His people.
While I would not bind anyone’s conscience on a matter that Scripture does not speak to directly, I would urge Christians to consider what their treatment of dead bodies communicates about their convictions. Christians who opt for the (present) majority practice of burial should reclaim burial as an act of witness rather than merely participating in a Western tradition.
Believers who decide that cremation is their preferred practice should find ways to both clearly and unambiguously communicate their conviction that our bodies are part of who we are as human beings created in God’s image and testify to their hope in the final resurrection of the dead. Maranatha!

In addition to being a featured contributor at Facts & Trends, Nathan Finn (@nathanafinn) is an associate professor of Historical Theology and Baptist Studies at Southeastern Baptist Theological Seminary, as well as a fellow of the L. Russ Bush Center for Faith and Culture.
Photo from RGBstock by John Byer 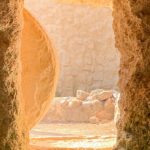