By Bob Smietana
New evidence from scholars has raised more doubts about the papyrus fragment known as “The Gospel of Jesus’s Wife.” It’s probably fake, they say.
The inch-and-half wide piece of papyrus made national headlines after it was unveiled in 2012 by Harvard Divinity School professor Karen King. Written in Coptic, it quotes Jesus as referring to “my wife.” That led to speculation by some that Jesus was married. 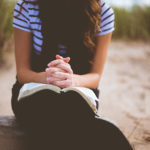