The world population is not expected to slow down, climbing to 9.6 billion by 2050. Unfortunately, Christian persecution seems likely to grow with it.

Of the 11 cities expected to cross the megacity threshold (a population of 10 million or more) by 2030, eight are located in nations Open Doors USA placed on the 2015 World Watch List.

In 15 years, there will be an estimated 40 megacities and 24 of them will be in the 50 nations where Christians are most at risk.

Open Doors president David Curry, whose nonprofit organization aids persecuted Christians and tracks global persecution levels, told RNS, “In regions where Christians are being persecuted as central targets, the trends and issues we track are expanding.”

Combining Open Doors’ persecution map and one designating the world’s megacities shows the stark reality for Christians worldwide. In most of the world’s largest population centers, Christians are under threat of violence. Christians can receive more information on how to help and pray for believers suffering under persecution through organizations like Open Door and Voice of the Martyrs. 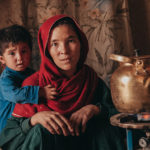