The new pastor had just turned 50. He had advanced in ministry through his relational skills, solid biblical teaching, and pastoral care he had shown to congregants as an associate pastor and in other roles. He was easy to like and most people felt comfortable with him. To this point in his career, his relational skills were sufficient when it came to leadership. But he had really been more of a manager than a leader. He thus depended on the senior pastor at his previous churches to make decisions; he would carry them out with a good attitude and a good work ethic.

The problems began when he was called as a senior pastor. He was now expected to make decisions. He was to take initiative instead of waiting on others to move. He now had people who worked under him and with him who waited on him to make critical decisions.

He failed. He seemed frozen in making decisions. He would not let others under him help him. He treated his new level of pastoral leadership as if he was still an associate pastor who carried out tasks. He perceived it was his responsibility to do everything in ministry, rather than to equip the saints for the work of ministry.

He failed to delegate and thus he failed in his new pastorate.

The Limitations of Failing to Delegate

Failure to delegate will always limit a pastor. He will not be able to expand the ministry of the church because that ministry is limited to one person.

Often the pastor who does not delegate gets overwhelmed and essentially stops functioning. At other times, he may move toward workaholism until the inevitable burnout takes place.

So why do some pastors fail to delegate? I have identified seven reasons, though I’m sure you can think of others. 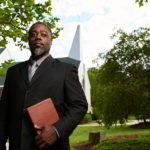 5 Best Ways to Honor Your Pastor All Year