Attending church is one of the most visible expressions of a person’s faith. This one routine expresses a certain level of belief, devotion, and identity not found in any other activity.

For around 45 percent of Americans, regardless of religious affiliation, church attendance is anything but routine. They haven’t attended religious services in the last six months except possibly for a holiday, wedding, or funeral.

In a study conducted for the Billy Graham Center for Evangelism at Wheaton College, Lifeway Research learned much about this group, which many researchers and church leaders refer to as the “unchurched.”

But using a single label for such a large group can be misleading. Several subgroups exist within this one group.

One particularly helpful breakout is to look at them by their self-identified religious preference: nominal Christians, followers of other religions, and nones. Each has different levels of uneasiness, expectations, and experiences with Christian churches.

More than half of the unchurched are Christians—at least in name. Twenty-five percent of unchurched Christians say their religious preference is Catholic, 20 percent Protestant, and 11 percent Christian nondenominational.

One indication of whether someone is a Christ-follower is who or what he or she is depending on after death. Twenty-eight percent of the nominally Christian unchurched believe they will go to heaven because they have received Jesus Christ as their Savior. It should be safe to say the majority of nominal, unchurched Christians have not experienced redemption through Jesus Christ.

Among the three unchurched subgroups, the nominal Christian is the group churches are most equipped to reach. Many traditional methods for outreach may still work with nominal, unchurched Christians.

But keep in mind their Christian affiliation may actually be the biggest barrier to reaching them. When people think they’re already Christian, it’s harder to convince them they’re missing a relationship with Christ.

1. Look at your own church lists. You likely have names of many people who haven’t attended your church in the last year. Touch base and see if they are attending elsewhere. If not, you’ve found some nominal Christians.

2. Have compassion. Jesus often had crowds who followed Him. Many heard truth taught, but some likely just wanted to be identified with the movement. Jesus saw these crowds, had compassion on them, and asked His disciples to feed them. The expression of His love was meeting a physical need.

3. Invite them to worship and to Bible studies for the curious. Almost half indicate they would be likely to attend worship if invited by someone they know, and more than a third would attend a small group for people curious about God.

While most of the unchurched don’t see church in their future, 48 percent of nominal Christians do. (Note that this group is the most open to these direct invitations, but they are much more open to invitations to events that affect their communities such as neighborhood safety events and community service projects.)

4. Talk about your faith when you’re with them. Identifying as a Christian is not the only indicator that this group is open to spiritual things.

Nominal Christians are more likely to agree there is an “ultimate purpose and plan for every person’s life” and that “a major priority in my life is finding my deeper purpose.”

About 9 percent of adult Americans identify with a non-Christian religion or a cult. Among the unchurched, this is 12 percent.

According to the Pew Research Center, between 1992 and 2012 an estimated 1.7 million Muslims, 1 million Hindus, and 1 million Buddhists have immigrated legally to the United States.

Those who attend religious services would not be counted in the unchurched research we conducted, but the rapid growth of these other religions has also included many who do not regularly gather at their religion’s place of worship.

Ways to reach people of other religions:

1. Ask God to give you a heart for these people. In another survey Lifeway Research conducted in 2016, we found half of Americans with evangelical beliefs were “not concerned at all” about people in their neighborhood who have different spiritual beliefs from them.

2. Listen. The same survey indicated that when those with evangelical beliefs have a spiritual conversation with someone, they are almost twice as likely to say they have “more to share than to find out” (32 percent) than they have “more to find out than to share” (17 percent). Yes, you have the truth to share, but we must listen to people’s stories to know where and how the truth connects to their lives.

4. Explain the good news. It doesn’t have to come out perfectly, but we need to make sure we are sharing the essentials. Seventy-one percent of unchurched people with other religious faiths say their Christian friends have never shared with them how to become a Christian.

Most are not antagonistic toward Christianity. They just don’t think it is for them.

When describing their feelings about the faith of their Christian friends, 31 percent of nones say they “put up with it,” 29 percent “ignore it,” and only 1 percent say they “give them a hard time about it.”

Ways to reach the nones:

1. Think about people with no religious preference as a separate religion. People who have concluded Christianity is not for them cannot be approached with methods used for inviting Christians “back” to church. They have real beliefs about life that need to be understood.

2. Build relationships with them. Only 13 percent of unchurched nones say a visit from a member of a church would be effective in getting them to visit. However, if that invitation comes from a friend, the response triples to 43 percent. If this group thinks the church as an institution has nothing for them, our message needs to be delivered through people they know and respect.

3. You be the one to bring up faith. Many people think if they live out their Christian faith with actions, people will ask them about their faith. The truth is only 18 percent of nones “admire” the faith of their Christian friends. But they are willing to discuss matters of faith.

4. Start your conversation with now, not eternity. The majority of nonreligious, unchurched people never think about whether they will go to heaven. It never crosses their mind.

5. Invite them to help make the community better. The activities sponsored by a local Christian church that unchurched nones are most likely to attend are an event to help make their neighborhood safer (52 percent) and a community service project (42 percent).

Wanting to reach the unchurched should be a goal of every church and every Christian, but the practical truth is “the unchurched” will rarely walk through the doors of your church. Yet, every day Christians come in contact with an unchurched person, who may respond positively to an invitation to church or the gospel.

Find out more about who they are and develop a genuine relationship with them. Gospel opportunities will present themselves as you get to know them as individuals. That’s the way the church will reach the unchurched: one Christian working to reach one unchurched person. 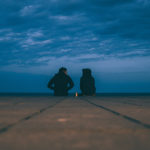 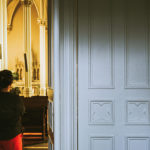