Going to church may be good for your body, your soul, and your marriage, according to a study from Harvard scholar Tyler VanderWeele.

In recent years, VanderWeele, professor of epidemiology at Harvard’s school of public health, has been analyzing data from the Nurses’ Health Study, a national survey of 75,000 women with data on diet, health, and lifestyle. The study tracked participants from 1996 to 2012.

Among the questions the survey asked was: “How often do you attend religious services?” VanderWeele and other researchers found those who attended services more than once a week lived longer and were less likely to get divorced or become depressed.

Compared to those who never attend religious services, frequent attenders were: 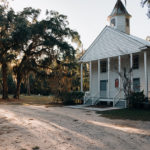