To Pastor David Hughes, the school shooting that killed 17 in Parkland, Florida, was much more than an attack on innocent kids—it was an attack on his church family.

Five members of his congregation were injured or killed in the Feb. 14 shooting.

Donning a Douglas High hoodie on stage for the Feb. 18 weekend service at Church by the Glades in Coral Springs, he fought back tears as he talked of the wakes and funerals that would happen that afternoon.

Hughes read John 16:33 from the stage as a charge to his congregation to stay rooted in faith, despite the worst of circumstances.

“We have a peace promised by Christ, but the peace isn’t rooted in our circumstances,” said Hughes. “It’s rooted in His character. It’s not in our reality; it’s based on a relationship with Him. … He acknowledges here on earth you may ‘have many trials and sorrows.’ And I wish He hadn’t said that.

“But I love the next phrase: ‘Take heart … I have overcome the world.’”

Florida Gov. Rick Scott attended the Sunday morning service at Church by the Glades to show his support. Dozens of law enforcement officers were also in the congregation.

Calling both groups to the stage for recognition—first the law enforcement officers, then the teachers—Hughes said, “As we support God-placed authority figures, we raise up a stronger generation. Yours is a high calling; it’s not just a job.”

At the end of the service, a video montage showed the faces of the 17 who were killed in the attack.

“My prayer for you is that we’re going to learn to take those first few fragile steps together,” said Hughes, as the weekend worship gathering wound to a close. “Not out of the darkness, but stepping toward the light together.”

Meanwhile, other ministry and prayer activities are dotting the Sunshine State:

Thirteen Billy Graham Rapid Response Team (RRT) chaplains were on the ground in nearby Pine Trails Park—where a makeshift memorial was set up for victims—hours after the attack. The RRT’s Mobile Ministry Center, where anyone can stop by for emotional and spiritual care, is near the memorial.

“Our hearts break for the parents who sent their children to school and are now with them in the hospital, or living a parent’s worst nightmare,” said Jack Munday, international director of the Billy Graham Rapid Response Team, in a statement.

“So many lives have been forever changed by this evil act. As we pray for the students, faculty, and families, we know God can bring hope and comfort, in Jesus Christ, in the darkest hours.”

Parkridge Church of Coral Springs, which met at Douglas High School during its first seven years, hosted a prayer vigil on its property the day after the shooting. Leaders from various denominations read Scripture in multiple languages.

“What we’re trying to say to our county is that Christians care because Christ cares,” Pastor Eddie Bevill said. “We want to be a present help in times of trouble.”

Tim Cole, pastor of West Friendship Baptist Church, coordinated a prayer circle outside the Duval County School Board building for the evening of Feb. 18. Attendees prayed for all 197 Duval County schools by name.

“Many people don’t want to talk about the devil and the enemy,” Cole said. “I encourage parents and students to not be afraid. Just pray and ask God to protect us.”

One Hope, an organization whose mission is to help the local church engage children with the gospel, partnered with Church United, an interdenominational partnership of South Florida churches formed to serve the region, to launch a free event series called “Hope for Douglas.”

The keynote speaker for these events is Crystal Miller, national speaker and survivor of the 1999 Columbine High School shooting. Church by the Glades hosted the first event Feb. 20, with free food for parents and students.

“Hope for Douglas” is slated for several occurrences across Broward County.

“In South Florida, we have a strong and active cross-denominational network of evangelical churches,” said Jimmy Scroggins, lead pastor of Family Church in West Palm Beach—and a partner with Church United. 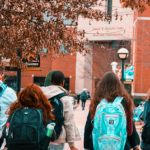