For many looking for the frontlines in the “War on Christmas,” X marks the spot. Historically, however, X-mas is closer to Christmas than you may realize.

On the surface, X-mas seems like the definition of “taking Christ out of Christmas.” It literally replaces His name with an X. But when properly understood, it’s more like using “JFK” to refer to John F. Kennedy than removing a reference to Jesus from the celebration of His birthday.

When X Is Not Really X

The first part of understanding where X-mas originated is to recognize that the letter used in the abbreviation is not actually the English letter “x.” It’s the Greek letter chi and is the first letter of Christ.

Because of this, X has been used as an abbreviation for Christ very early in Christianity.

The so-called Jesus Fish symbol comes from an acronym that incorporates X as a stand-in for Christ. ΙΧΘΥΣ is the Greek word for fish, but early Christians used it as shorthand for “Jesus Christ, Son of God, Savior.”

When properly understood, X-mas is more like using “JFK” to refer to John F. Kennedy than removing a reference to Jesus from the celebration of His birthday. — @wardrobedoor Click To Tweet

On October 27, 312 A.D., Constantine, in a fierce battle with Maxentius over the Roman Empire, claimed to have vision instructing him to mark the shields of his soldiers with a sign for Christ.

Constantine combined the first two Greek letters of Christ to create the XP or chi–rho sign (☧) as a symbol for Jesus.

“Constantine instructed his soldiers to scrawl the letters on their shield before the Battle of Milvian Bridge, his victory in which led to the unlikely establishment of a Christian empire,” writes Matthew Schmitz at First Things. “Far from a symbol of secularization, then, Xmas carries echoes of the clash of battle that inaugurated political Christendom.”

The first use of X in an abbreviation for Christmas dates all the way back to an Anglo-Saxon scribe in 1021, who wrote “XPmas” as shorthand.

The Webster’s Dictionary of English Usage describes several variations of “Xtian” being used as an abbreviation for Christian since the 1400s.

X had become so closely tied to Christ that illiterate Jews at Ellis Island would not sign using the letter, according to a story relayed in Garner’s Modern American Usage. They instead chose to mark with an O.

“Xmas,” specifically, appeared in the letters of writers like Lord Byron and Lewis Carroll in the 1800s. Supreme Court justice Oliver Wendell Holmes used it in 1923.

For years, people would simply read Xmas as “Christmas.”

“There’s a long and sacred history of the use of X to symbolize the name of Christ,” wrote theologian R.C. Sproul, “and from its origin, it has meant no disrespect.”

But that doesn’t stop many followers of Christ from seeing the term negatively. More than 4 in 10 Christians (42 percent) say it is offensive when people say “X-mas” instead of “Christmas,” according to a study from Lifeway Research.

Instead of being offended, Christians could see someone using “X-mas” as a gospel opportunity.

People are open to faith-filled conversations this time of year. They expect to talk about Christ during Christmas.

Four in 10 Americans who never attend church (41 percent) say Christmas should be more about Jesus.

Whether others recognize it or not, the X in X-mas is a reminder of who Jesus is. — @wardrobedoor Click To Tweet

In 2015, Lifeway Research found 61 percent of Americans typically attend church at Christmastime. And among those who do not attend, 57 percent said they were likely to attend if someone they knew asked them.

In 2010 Lifeway Research asked people when they are more open to considering matters of faith. Christmas was the most common response. Almost half (47 percent) said they were more open to thinking about faith during the holiday season.

With non-Christians ready to talk about Jesus this time of the year, someone using “X-mas” could open the door for a conversation about that X.

Ask if they know how the abbreviation started. Talk about how X-mas still points to Christ. Bring up why early Christians used the fish as a symbol.

Whether others recognize it or not, the X is a reminder of who Jesus is—the Messiah sent by God as a humble baby at the first Advent, but who will return one day in the second Advent as the conquering King.

You may not want to use X-mas personally, but someone else using the shorthand can give you an opportunity to talk about the long history of Christians recognizing Jesus as the Christ. Devotions on the Greek New Testament: 52 Reflections to Inspire and Instruct 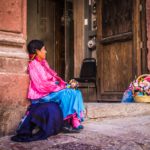