Although most pastors haven’t been asked to marry a same-sex couple, many have guidelines on where LGBTQ+ people can serve in their churches.

87% of Protestant pastors say they have never been asked to perform a same-sex marriage ceremony. Click To Tweet

“There are signs there may have been an initial surge of requests or a discovery process to see which churches would perform same-sex weddings shortly after it became legal in all 50 states,” said Scott McConnell, executive director of Lifeway Research. “But overall, the prevalence of inquiries to pastors has been fairly consistent.”

Although most pastors haven’t been asked to perform weddings for same-sex couples, many have guidelines of where an LGBTQ+ person can serve in their churches. But guidelines vary significantly across the Protestant church landscape.

28% of U.S. Protestant pastors say LGBTQ+ individuals can serve anywhere in their church, while 31% say there is nowhere they can serve. Click To Tweet

Another 7% of pastors say they’re not sure where an LGBTQ+ person can serve in their churches, and 14% say they haven’t discussed the issue.

Lack of uniformity over LGBTQ+ roles in churches

“Knowing if a Protestant church is mainline or evangelical is a good clue whether they might include LGBTQ+ persons in service and leadership in the church, but it’s far from indicative." — @smcconn Click To Tweet

“Knowing if a Protestant church is mainline or evangelical is a good clue whether they might include LGBTQ+ persons in service and leadership in the church, but it’s far from indicative,” McConnell said. “Churches across traditions interpret and apply biblical standards for leadership and fellowship in the local church quite differently.”

The phone survey of 1,000 Protestant pastors was conducted by Lifeway Research Sept. 1-29, 2021. The calling list was a stratified random sample, drawn from a list of all Protestant churches. Quotas were used for church size. Each interview was completed by the senior or sole pastor or a minister at the church. Responses were weighted by region and church size to more accurately reflect the population. The completed sample is 1,000 surveys. The sample provides 95% confidence the sampling error does not exceed plus or minus 3.2%. This margin of error accounts for the effect of weighting. Margins of error are higher in sub-groups. 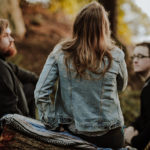