Christians express a desire to talk about their faith, yet few have shared with someone how to become a Christian in the past six months.

Most Christians say they’re ready, willing and praying to have conversations about their faith with others, but many admit they haven’t gotten around to actually having those conversations recently.

An Evangelism Explosion study conducted by Lifeway Research found Christians express a willingness and desire to talk to others about their faith, yet few have shared with someone how to become a Christian in the past six months.

“Now, perhaps more than ever, people are open to conversations about faith, yet this study reveals few Christians actually take the opportunity to engage in personal evangelism,” said John Sorensen, president of Evangelism Explosion (EE). “Our mission at EE is to equip followers of Jesus to have the confidence to share the gospel naturally, lovingly and intentionally with family, friends and yes, even strangers, which is why we wanted insights on the evangelistic attitudes of Christians. We imagine a world where every believer is a witness for Christ to His glory.”

“Many Christians say they agree sharing their faith is important,” said Scott McConnell, executive director of Lifeway Research. “But many also need encouragement and to be shown how to share the good news about Jesus Christ with others.”

In the survey of 1,100 self-identified Christian adults in the U.S., more than 9 in 10 (93%) say they’re at least somewhat open to having a conversation about faith with a friend, and around 4 in 5 (81%) feel similarly about speaking about faith with a stranger. Almost 2 in 3 Christians (64%) say they have prayed at least once in the past month for the salvation of a friend or family member who is not a Christian.

In the past six months, most have spoken about their beliefs with loved ones at least once, including having a conversation about faith (53%) and sharing a story about what God has done in their lives (52%).

In the past six months, few Christians say they have shared with a non-Christian loved one (38%) or a stranger (30%) how to become a Christian, according to an @EEvangelism and @LifewayResearch study. Click To Tweet

Far fewer Christians have taken any of those evangelistic steps with a non-Christian they did not know in the past six months: 40% have had a conversation about faith, 39% have shared a story about what God has done in their lives, 36% have shared a Bible verse or story, 34% have invited a stranger to church and 30% have shared how to become a Christian.

“Praying for someone to follow Christ comes more easily than talking with someone about it,” said McConnell. “It isn’t clear if the proverbial cat has the tongue of some Christians or if they’re not connecting with non-Christians in settings where these conversations can take place.”

When Christians think about evangelism, they’re thinking about showing love to the other person. Almost 2 in 3 Christians (65%) agree sharing with a nonbeliever how they can become a Christian is the most loving thing they can do for them, including 30% who strongly agree. Around a quarter (23%) disagree.

Specifically, Christians are more prone to be proactive or reactive in their evangelistic tactics than avoiding it all together. Around 1 in 7 (14%) say they try to bring up faith in conversations with everyone, while more than a quarter (28%) look for natural opportunities to bring up faith. Close to a third of Christians (32%) say they answer faith questions if asked or comment if others bring it up. Around 1 in 5 (21%) say they won’t talk about faith with most people.

More than 2 in 5 Christians (42%) say sharing with a non-believer how they can become a Christian is scary, according to an @EEvangelism and @LifewayResearch study. Click To Tweet

More than half of self-identified Christians in the U.S. (58%) say it is easy for them to talk about Jesus with non-Christians, including 23% who say it is very easy. A third (33%) say it is at least somewhat difficult, with 10% saying it is very difficult to share about Christ with those who are not Christians.

For some, evangelism might bring up emotions more closely associated with giving a public speech than having a conversation with a friend. More than 2 in 5 Christians (42%) say sharing with a non-believer how they can become a Christian is scary. Slightly more (46%) disagree.

According to a 2021 Evangelism Explosion study conducted by Lifeway Research, 51% of Americans, including 60% of the religiously unaffiliated, say they’re curious why people are so devoted to their faith. Two in 3 (66%) also say they are at least open to having a conversation about the Christian faith with a friend.

Still, in the most recent study, 52% of self-identified Christians agree that encouraging someone to change their religious beliefs is offensive and disrespectful, including 20% who strongly agree. Fewer than 2 in 5 (37%) disagree.

“It’s a bold idea to encourage someone to consider converting the center of their life to be Jesus Christ,” said McConnell. “For some Christians, their love for others compels them to suggest this offensive thought. For others, this discourages them from speaking up about what they believe.”

Two in 3 (66%) Christians say they aren’t familiar with any methods of telling others about Jesus, but half say they’re ready to at least share the basics of how someone can start following Jesus. Around a quarter (23%) say they’re ready for any opportunity to tell someone how to become a Christian, and 27% are prepared to share the basic steps. Another 1 in 5 (19%) say they know the essentials but aren’t comfortable yet putting them into words. A quarter of Christians (24%) say they aren’t sure what information needs to be shared or where to start.

Most Christians agree it’s their calling to share their beliefs but that it’s their pastor’s duty to equip them to do so. Seven in 10 Christians (69%) say it’s every Christian’s responsibility to encourage non-Christians to trust Jesus Christ as their Savior, including 35% who strongly agree. One in 5 (20%) disagree. Similarly, 68% agree it’s the pastor’s responsibility to equip the congregation to share the gospel, and 19% disagree.

“Half of Christians aren’t ready to tell someone how to become a Christian, and that likely won’t change without some help.” — @smcconn Click To Tweet

When thinking about the specifics of being trained and equipped for evangelism, Christians have wide varieties in their preferences. Around 1 in 5 (19%) want to experience real-life faith conversations with a trainer and another 16% prefer to take a class in person. Fewer are looking for less personal or more individual activities like watching videos (14%), reading a book (12%), taking a class online (8%) or listening to audio like a podcast or audiobook (5%). Another 18% say they would never be trained in evangelism.

“Half of Christians aren’t ready to tell someone how to become a Christian, and that likely won’t change without some help,” said McConnell. “Most are looking to their churches and its leaders to help prepare them for these conversations about faith.”

The study originated from and was commissioned by Evangelism Explosion. The online survey of 1,011 American Christians was conducted by Lifeway Research, April 12-23, 2022, using a national pre-recruited panel. Quotas and slight weights were used to balance gender, age, region, ethnicity, education and religion to reflect the population more accurately. The completed sample is 1,011 surveys. The sample provides 95% confidence that the sampling error from the panel does not exceed plus or minus 3.1%. This margin of error accounts for the effect of weighting. Margins of error are higher in sub-groups. 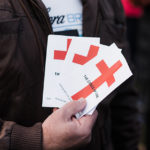 8 Traits of the Most Evangelistic Christians 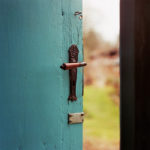