While 50% of U.S. adults say they attended church weekly as children, only 22% continue church attendance at the same rate today.

As American adults grew out of Saturday morning cartoons, most also left behind Sunday morning church.

Half of U.S. adults (50%) say they attended religious services every week growing up. And another 17% say they went almost every week. Currently, however, only 22% attend each week, and 9% show up almost that frequently, according to Gallup.

Despite their childhood familial practices, most Americans now say they seldom (25%) or never (33%) attend religious services.

Most Americans now say they seldom (25%) or never (33%) attend religious services, according to Gallup. Click To Tweet

Most children today have a vastly different religious experience than previous generations. More than 2 in 3 (67%) Americans say they attended religious services weekly or almost every week growing up. Similarly, 67% say when their parents were growing up, they attended at the same rate. Among current adults with children under 18, however, only 31% attend as regularly.

But a generational divide exists even among current adults. For U.S. adults under 35, 58% say they went to church every week or almost every week growing up. Among those 35 or older, 70% report regular church attendance during their childhood.

Lifeway Research found 66% of young adults who attended a Protestant church regularly for at least a year in high school stopped attending at some point during their college-aged years. Among those who dropped out, only 31% have returned to regular attendance, while 29% do not attend at all.

The less one attended church as a child, the more likely one is to seldom or never attend today. Click To Tweet

Churches may find it difficult to reach nonreligious Americans, as 3 in 4 (75%) say they’re not interested at all in exploring religion in the future. However, among those who don’t identify with a religion, younger adults are more likely to have some interest in religious exploration. Nonreligious American adults under 35 are twice as likely to say they’re at least moderately interested in exploring religion than those 35 to 54 (18% v. 9%) and three times as likely as those 55 and older (18% v. 6%).

Among nonreligious Americans, younger adults are more likely than those 35 and older to have some interest in religious exploration, according to Gallup. Click To Tweet

A Lifeway Research study found half of religiously unaffiliated Americans (50%) say they don’t think about faith on their own unless someone else brings it up. Yet, when they see religious devotion in others, it piques their interest. Three in 5 (60%) nonreligious Americans say they are curious as to why some people are so devoted to their faith. Younger Americans are also more likely to say they’re curious than those 50 and older.

Even if they aren’t interested in personally exploring faith, most nonreligious Americans say they’re willing to have spiritual conversations. Only 1 in 5 (20%) say they aren’t open at all to a conversation about faith with a friend, while 20% say they are very open.

Most Americans grew up attending church and at least being exposed to matters of faith. While many have left churchgoing behind as adults, doors remain open to conversations about faith and invitations to return to church. 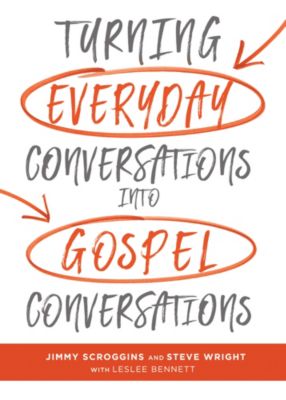